My speech on Indigenous issues at the anti-Harper Welcoming Protest

Delivered on June 10, 2011 at the Welcoming Protest outside the 2011 Conservative Party Convention. 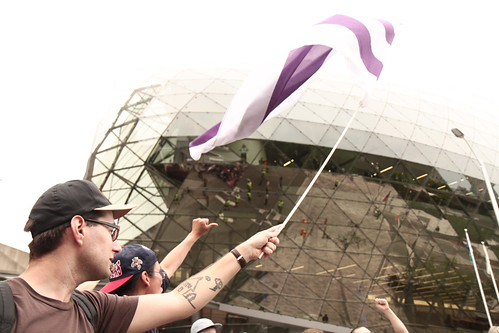 My name is Ben Powless, and I am a citizen of the Kanienkehaka, or Mohawk, Nation. I am honoured to have been asked to speak before you today as an Onkewehonwe, as an Indigenous man. I thank you all for coming out today. I want to repeat sentiment that our very presence here today is proof that Harper does not represent us, as Indigenous Peoples.

The U.S. has declared a "War on Terror" while Canada has declared a War on Indigenous Peoples. That cannot be allowed to happen. Let's look back on the past five years. 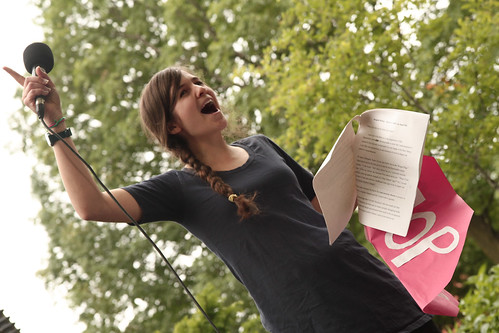 Under the Harper regime, the government has cut over 100 million dollars to housing on reserves, despite many First Nations living in fourth world conditions, with about half of First Nations homes needing major renovations and overcrowding more than doubling the last few years.

Under the Harper regime, the government has sought to punish Native communities who don't meet federal water standards, instead of providing proper funding and support to deal with thousands of homes that have neither water nor sewage service.

Under the Harper regime, the government has CUT funding for the internationally-renowned Sisters in Spirit initiative (which Bridget Tolley talked about), despite the ever increasing need to tackle the root causes for the problem of missing and murdered Aboriginal women. 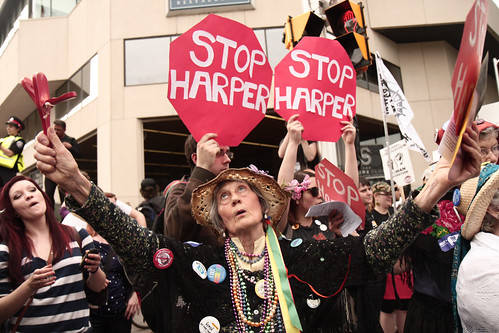 Under the Harper regime, Aboriginal children have fallen even further behind on education, despite the fact that as many as three out of four Native teens don't make it through high school, and many children don't even have a school in their community. Cindy Blackstock has likened this to a bridge, where for Canadian children, the governments build a bridge to cross the water, and most students cross. For Aboriginal children, the government builds half a bridge, blames Aboriginal children when they fall in and then demands to be thanked for building half-a-bridge.

Under the Harper regime, the government at first refused to apologize for Residential Schools, saying they were only trying to 'provide Aboriginal children with an education' -- as if that was a decent explanation for committing cultural genocide. It was only when a court ruled that they HAD to apologize that they finally did. And they continue to make a mockery of the apology with their actions.

Under the Harper regime, the government fought tooth and nail against the UN Declaration on the Rights of Indigenous Peoples. After it was adopted by the UN, they said it was unconstitutional and would be the end of the world, basically. Last year, after much pressure, they quietly announced that they could maybe support it, in theory, except for the right to Free, Prior and Informed Consent, otherwise known as the right to say "NO", the most important part of the Declaration. 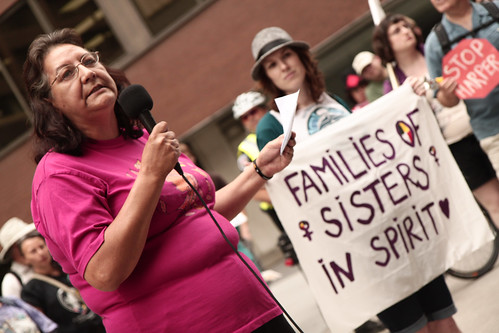 Under the Harper regime, the government has gone on the offensive to extract every last bit of profit from Mother Earth, on the backs of our peoples and Mother Nature. This is a return to a colonial economy, nowhere more evident in Canada than in Northern Alberta, where Indigenous communities have been converted into a sacrifice zone for Harper and his corporate bosses. This has become the biggest source of pollution in Canada, making Canada the biggest international climate criminal. Today even the National Post reported that Canada received a 'diplomatic spanking' at the ongoing UN climate talks for its promotion of the tar sands. Canada has tried to promote the tar sands as 'ethical oil'. This is bullshit. This is like saying the British practised 'ethical slavery'. At the end of the day it's the destruction of entire peoples for profit, and it's wrong.

Under the Harper regime, the government has taken a hardline stance against Aboriginal rights and treaty rights. They have sought to divide and conquer any communities who step outside their box, and recover their lands outside their land-claim process, which requires us to abandon our rights and land for pitiful cash payments. That's why they send in the police and military into our communities, to enforce colonial rule.

Perhaps most tellingly, under the Harper regime, the government has begun SPYING on First Nations communities, increasing surveillance and a security crackdown on our communities because they are genuinely SCARED of coordinated action by Indigenous groups, and what we represent. They are SCARED because they know Indigenous communities can forcefully challenge and bring about fundamental change to the way things are done in this country. They are SCARED because Indigenous communities still have a close experience and understanding of ways of life outside capitalism and colonialism. This represents a great strength for us, when we refuse to accept money in exchange for our rights -- but it's something that drives fear into their hearts. 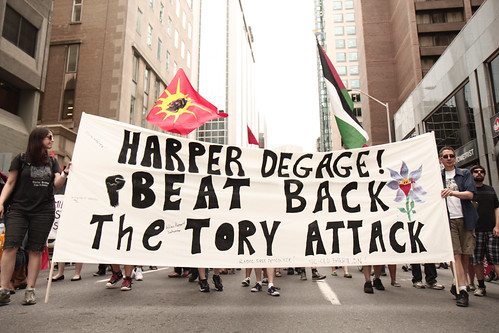 But our communities have had enough. First Nations are leading the resistance to the government and colonialism, and have for centuries. Barricades, one of the few tools left available to our communities, have been put up across the country in the past few years, from Six Nations, to Grassy Narrows, from Sharbot Lake, to Barriere Lake, and beyond. Across the river in Quebec, our Innu brothers and sisters have said they're prepared to put up a blockade to protest Quebec getting rich from sacrificing their rights. Indigenous communities are in resistance and not prepared to let this government enact its anti-democratic and colonial agenda.

And we won't back down. We will only continue not just to resist, but to push for what is OURS -- our rights, our self-determination, control over our lands, our governments, our bodies. This is also known as democracy, at least how we practised it, before this depraved version of "democracy" was imposed on us.

We call on you to stand in solidarity with Indigenous Peoples in Canada and our brothers and sisters around the world, who are also facing down Canadian corporations trying to gain access to their lands and resources. The next few years will not be easy, but we will not be silenced or stopped. We must continue to mobilize, to resist, and to build our movements. This is the best way and the only way we'll be able to stop Harper and reclaim justice for Indigenous Peoples and all peoples in Canada.

So join me know in making our voices heard and our spirits united. 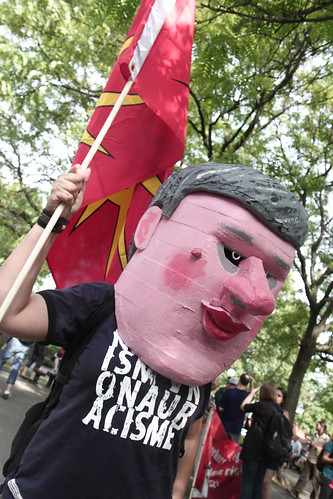