Advocating for arts in education | rabble.ca

Advocating for arts in education

Okay friends, it's the time of your school districts are making plans for next year, Arts Advocacy Day just happened here in the USA, and politicians are planning for fall elections before people check out for the summer.

Therefore, this blog is devoted to fabulous writings and research on the importance of arts education and arts at the heart of common core academic learning.

First off, there is an awesome cyber clearinghouse for arts research, and I highly recommend it if you are a one-stop-shopping kinda person: www.artsedsearch.org

Here's a portion of a recent research posting on said site, with a link to read more! Following that is an article from Backstage about the relevance of theatre arts in modern times.

Voices from the field: Teachers' views on the relevance of arts integration

This two-year study undertaken by researchers at Lesley University (LU), examined the relevance of arts integration in today's educational climate. The study gathered data from 204 teachers in 19 states through a survey, focus groups, interviews, and classroom observations. The study documents benefits of arts integrated instruction identified by the teachers, including renewing their commitment to the teaching profession and giving them resilience to face the growing demands in today's schools. It also examines teachers' observations of the impacts of arts integration on student learning. Teachers report that arts integration stimulates deep learning, creates increased student engagement, and cultivates students' investment in learning.

Arts integration holds relevance in today's educational climate for both students and teachers, leading to increased academic achievement and student retention while nourishing teachers personally and professionally, helping them to move toward "highly qualified" criteria, and be effective and innovative in the teaching profession.

From Backstage Magazine, an article by Harvey Young

Every year, a magazine or newspaper identifies what it considers to be the most and least valuable college degrees. The determination of value is typically done by imagining a particular career path for majors and then investigating its expected earning potential.

To put it simply, such rankings attempt to tell readers which college degree will lead to the job that will pay the most. According to "Forbes," bioengineering is the major that is most "worth it." Child and Family Services, the lowest ranked according to a Payscale.com listing cited by the magazine, apparently isn't. Neither is theater.

Theater folk can be quick to tell you about the skill sets imparted through the study and practice of theater: masterful self-presentation abilities, punctuality, an unparalleled work ethic, experience working as part of a team, and a creative intellect among numerous other attributes. Unfortunately, those very true assertions rarely succeed in changing public opinion on the value of theater education.

We need a new and more effective way of talking about the value and power of a degree in the performing arts.

1. Theater is a business. As Derrick Sanders, cofounder of Congo Square Theatre Company in Chicago, once told me, "It should be called Business Show because the Business comes first." Although people may pretend that professional theater is a bunch of people putting on a play just for fun, the reality is that virtually every production is a meticulously planned and coordinated business activity. Theater companies typically are not-for-profit or nonprofit entities with a board of directors and compensated employees, who appear both onstage and in the conference room. They feature marketing and public relations, education, and grant-writing departments (or people). A theater degree prepares a person to enter the business of making art.

2. The business of theater is good preparation for other careers. Rahm Emanuel, the current mayor of Chicago and formerly Chief of Staff to President Obama as well as a Congressman, majored in the Humanities in college with a specialization in dance. "Value" studies would look at Emanuel and identify him as not being successful because he neither works as a professional dancer nor earns income in the field of dance. Instead of adopting this flawed logic, it is important for us to acknowledge that the skills gained through theater apply to other jobs and careers outside of the performing arts. Theater majors frequently become makers and producers of theater but they also (and probably in equal or greater numbers) become lawyers, politicians, management consultants, marketing executives, and community educators to name just a few of the many career paths open to them.

3. Social importance and salary do not always correlate. According to Payscale.com, the majors with the least "salary potential" are Theology, Child and Family Services, Special Education, and Elementary Education. What unites these majors is their focus on the most vulnerable and sometimes the least fortunate members of society. To be clear, their real value to society far exceeds whatever number appears on a paycheck.

Theater serves a key function in our society. I recently was reminded of this when I explored an exhibition on American POWs at the National World War II Museum in New Orleans and noticed a section dedicated to theater. A placard titled "Stalag Shakespeare" revealed, "Theater companies formed in most camps and staged major productions which fellow POWs and guards watched from wooden theater seats made from Red Cross cartons." Theater served not only as an escapist diversion but also as a medium that created community, elevated spirits, and helped POWs to reconnect with American culture. It became an instrumental part of their lives. It enabled them to survive. 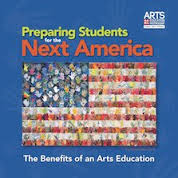 The value of theater remains. It entertains. It educates. It creates community. It can take a significant amount of capital to create. It requires a lot of work to make. Artists labor to create art. That art may be ephemeral, a production that runs for only a hour or more, but the power of that creation is not only worthwhile but also invaluable.

Harvey Young is a professor of theater at Northwestern University. His most recent books include "Reimagining A Raisin in the Sun: Four New Plays" and "The Cambridge Companion to African American Theater."

You can read the original article here!