More than 10,000 people united to honour the life of Jack Layton and to continue his legacy. Many media commentators have been irritated by the "political" or "partisan" nature  of the ceremony, as if you could separate Jack's personality from his politics, and as if politics played no role in why people mobilized in such large numbers.  But it was because of the personal and the political that there has been such an unprecedented response to his passing. His last letter calling for love, hope and optimism especially hit a nerve. 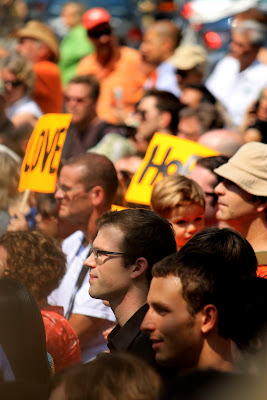 These words, along with thanks and messages of change were some of the more common words written all over City Hall in a rainbow of chalk in multiple languages. As people have returned after the rain to rewrite messages, the content has shifted to specify what kind of hope and what kind of change. As people move from the initial shock and grief to think of why Jack meant so much to them, and what continuing his legacy means to them, the messages have come to reflect the movements ordinary people have built -- movements that shaped Jack and that Jack shaped: from the pro-choice and gay rights movement, to the anti-war and labour movement, to supporting health care and the environment. 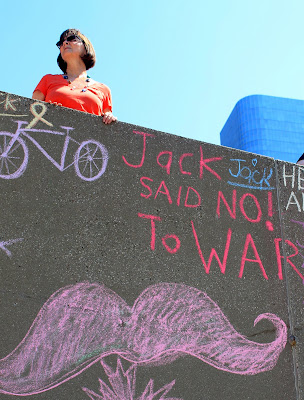 The historic election results for the NDP, a reflection a popular surge to the left and which gives the potential to magnify social movements, gives people the confidence that they themselves can change the world. 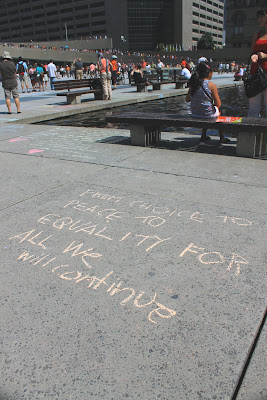 This is why Jack's passing has not created demoralization but determination, as both the volume and content of the chalk messages made clear right from the start: "we will defend the house that Jack built", "we'll do our best to carry on your work, I hope we make you proud," "we'll mourn today and continue the fight tomorrow," "you'll live on through us,""power to the people," and "think we'll turn around? You don't know Jack!" 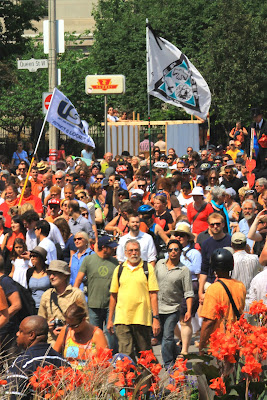 This collective confidence will inspire upcoming mobilizations, like the September 26 Rally for Toronto. What better way to honour Jack than to unite all the movements and people that shaped him, and that he shaped, into a rally to defend the city he called home. 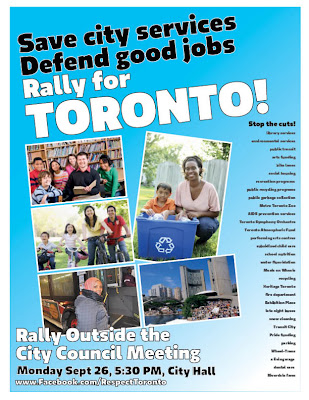