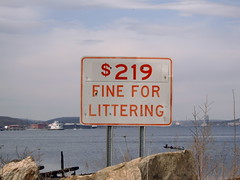 The next international climate negotiations are just weeks after the November midterms, and failure to pass a bill now means that the United States could show up once again without a solid platform from which to negotiate. After working on climate legislation for over a year, leaders on the Hill and in the executive branch are getting nervous.

At this point, any climate legislation that reaches the president’s desk will have far less impact than advocates once hoped, but Congress can still pass a bill that moves the country forward on this issue.

Sens. John Kerry (D-MA), Lindsay Graham (R-SC), and Joe Lieberman (I-CT) are working on a bill. On Thursday, Sen. Graham half-promised it would come a couple of weeks after Congress’ spring recess. That’s not the end of the process, though, as Kate Sheppard reports for Mother Jones. The Environmental Protection Agency will also take a crack at the bill and weigh in on its cost and overall environmental benefits.

That process could take a month and a half, Sheppard says, and on Capitol Hill, Democrats are getting antsy. “If the legislation isn’t ready to go to the floor by Memorial Day, it probably won’t make it there at all this year,” Sheppard writes.

Connie Hedegaard, the outgoing Danish Minister of Climate and Energy who hosted this year’s international climate negotiations at Copenhagen, also noticed the unease in a series of meetings with environmental leaders ranging from Todd Stern, the U.S. Special Envoy for Climate Change, to Carol Browner, head of the White House Climate and Energy Office. Hedegaard told Inter Press Service (IPS) that “she got the sense that they are not sure “what will fly and what will not fly or when” with regards to U.S. climate legislation.”

“I definitely get the feeling that if [the legislation] fails this time then it would not come until after the midterm elections,” Hedegaard said.

That means the U.S. would go to the next round of international negotiations empty handed. As IPS notes, midterm elections “take place Nov. 2. The Cancun climate conference starts Nov. 29.”

As far as anyone can tell, the Kerry-Graham-Lieberman bill is not going to do a great job limiting carbon emissions. Don’t expect that to change between now and May, or whenever the bill comes to a vote. In the absence of a real cap on carbon, Grist’s David Roberts has some advice for the trio of senators on what they can do:

“The main goal with your bill should be to establish a framework whereby a carbon price is implemented and steadily raised. The initial price can be low — low enough to avoid the kind of political backlash that has poisoned previous efforts — and phase in over time so affected industries have time to prepare … In exchange for reducing the role of carbon pricing, you should push to strengthen and expand the clean energy and efficiency provisions in your bill.”

In other words, the bill can avoid the politically treacherous cap-and-trade system, as long as it pushes through strong policies for programs like energy efficient appliances, home insulation, and other actions that reduce the amount of energy we’re using.

Who watches the watchmen?

Climate legislation, even in weakened form, is still on the table, so the amount of finger-pointing over its difficulties has been limited so far. But in The Nation a few weeks back, Johann Hari threw a stink bomb at big environmental groups, arguing that their increasing coziness with the corporate world had checked their political strength and led them to advocate for milquetoast environmental policies.

This week, the magazine published responses from the groups profiled, who called the story “plump with distortions of reality” and “a toxic mixture of inaccurate information and uninformed analysis.”

The responses are worth a read, as is Hari’s original article. In his rebuttal, Hari asks the critics to point out specific inaccuracies in his story and worries at the defensiveness of the environmental community. “Do none of these people feel any concern that the leading environmental groups in America are hoovering up cash from the worst polluters and advocating policies that fall far short of what scientists say we need to safely survive the climate crisis?” he writes.

If big environmental groups are not as perfect as one might hope, more local environmental efforts can still make an impact, albeit on a different scale. Chris Rabb and Colorlines profile three grassroots efforts to create green jobs in three corners of the country. In Los Angeles, solar panels went up on roofs; in New York, more low income communities won access to public transportation; and in Arizona, a Navajo group formed to advocate for more green jobs in their community.

“We need all kinds of solutions–local, state, and national–and as we’ve seen the people need to make it happens,” says Rabb.