I Have An Idea

I Have An Idea

There are many ways to view this proposal.

Is this an idea, or merely a notion?

I mean sure like Unionist said, "There are many ways to view this proposal." Interpeted as,  so many angles to it.

Yep okay a notion then thanks

Can't keep a good idea down? Just has a way percolating to the surface and the probability of it actually surfacing depending on the number of people actively thinking about the subject has come quite close.

No, not a notion.

Solar cells made from cheap nanocrystal-based inks have the potential to be as efficient as the conventional inorganic cells currently used in solar panels, but can be printed less expensively. Solexant, a company in San Jose, CA, is currently manufacturing solar cells to test the technology. In order to compete with other thin-film solar companies, Solexant is banking on simpler, cheaper printing processes and materials, as well as lower initial capital costs to build its plants. The company expects to sell modules for $1 per watt, with efficiencies above 10 percent.

Nanocrystal solar: The solar cells at top were made on a roll-to-roll printer from an ink consisting of the rod-shaped inorganic semiconducting nanocrystals shown below. The cells were printed on a flexible metal foil and will be topped with a glass plate.
Credit: Solexant

The company has licensed methods for growing nanocrystals and making them into inks from Paul Alivisatos, professor of nanotechnology at the University of California, Berkeley and interim director of the Lawrence Berkeley National Laboratory. (Alivisatos is on Solexant's board of directors.) Alivisatos says the advantage of these materials is their potential to combine low cost with high performance. Solar cells made from crystalline silicon are efficient at converting sunlight into electricity, but they're expensive to manufacture. To bring down the cost, companies have been developing thin-film solar cells from semiconductors that don't match crystalline silicon's performance but are much less expensive to make.

Solexant's goal is to make cheap thin-film solar cells with relatively high efficiencies. It would not disclose what the nanoparticle inks are made of, but the company says they are suspensions of rod-shaped, semiconducting nanocrystals that are four nanometers in diameter and 20 to 30 nanometers long. The Solexant cells are printed on a metal foil as the substrate. Nanocrystal films are simple to print but have poor electrical properties. Electrons tend to get trapped between the small particles. "The trick with these cells is how to deposit the materials on the fly in a way that makes a very conductive surface," which in turn ensures decent light-to-electricity conversion, says Alivisatos. Solexant begins with nanocrystals because they're easier to print, and heats them as they're printed, causing them to fuse together into larger, high-quality microcrystals that don't have as many places for electrons to lose their way. 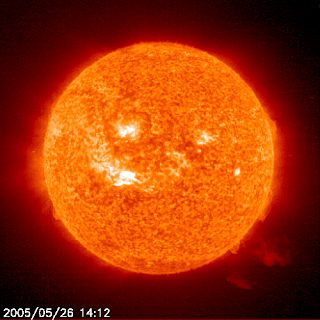 Now as many of you know,  a creative individual if they are open enough can bring forth something that is accessible to all, but,  if the mind is not in a particular traveling mode, the idea might not appear on it's radar screen for observation.