When we eliminate the two totally crazies, Trump and Cruz, then what conclusion to you come to?

This second no-show may do "The Donald" in.

Rest assured that some of us see it as not only cynical but also disgusting garbage.

At an appropriate time. Can't be bothered to spend too much time reading a link on bashing Rubio to find out who she's trying to promote. But there's little doubt that Trump and Cruz are starting the long-awaited fall from glory. Please hurry because some R's are going to pick up on Bernie Sanders' anti-establishment agenda. Angry poor and middle class that they are.

Only history will tell if this was Trump's hidden ace, or his Achilles' heel, but he's probably the first Republican candidate I can think of who spent almost as much time dismissing "Republican" dogma as "Democrat" dogma.

I'll never root for him to actually win the Presidency, but let's just say I wouldn't trade him for Ross Perot again, or Ben Carson, or the reanimated cadaver of Ronald Reagan.  It's all kind of crass, and unbecoming, but I can't deny it's kind of interesting to see a viable candidate who's willing to tell both the left and the right what part of their anatomy they can kiss.

Specifically what? Perot and Reagan tell us nothing about what you think Trump said that was so great. Anything I can think of was pure politicing and not anything that could match his extreme rightist ideology.

Amazing that anyone on the left would be taken in by his nonsense. Make America great again Magoo?

Or maybe it's just me and I've missed his sincerity?

After Saturday night's debate, he may want his money back:

defragment his hard drive and then run a security scan RubioBot might have a virus.

Rubio is more perfect than Bush2 for president. He has the good looks that are so important in the land of the gun and he's probably at least as stupid and easily led as Bush2. Maybe even moreso! This is a guy who could go all the way. Definitely no Obama here. Now he needs to get himself a good Cheney.

He's vulgar but I admire Trump's direct honesty as he said today if you are not going to vote for him don't vote.

I think Christie will.

Fox already has the NH results and Trump won

“During routine testing in preparation for the New Hampshire primary a malfunction occurred which briefly showed errant data on our website,” Fox News Chief Digital Officer Jeff Misenti said in a statement. “This error has been rectified. We apologize for any confusion this may have caused.”

Marco Rubio, Ted Cruz and John Kasich each shared three delegates, according to the errant Fox results. Rubio garnered 15 percent support, followed by Cruz at 12 percent and Kasich at 11 percent. Chris Christie received 9 percent support and Jeb Bush got 8 percent, while Carly Fiorina finished at 4 percent and Ben Carson at 2 percent. None of them, however, received a single delegate.

Jim Gilmore got 574 votes in the mistaken Fox data but registered at zero percent.

I love this tweet from Bette Midler. It is perfect. 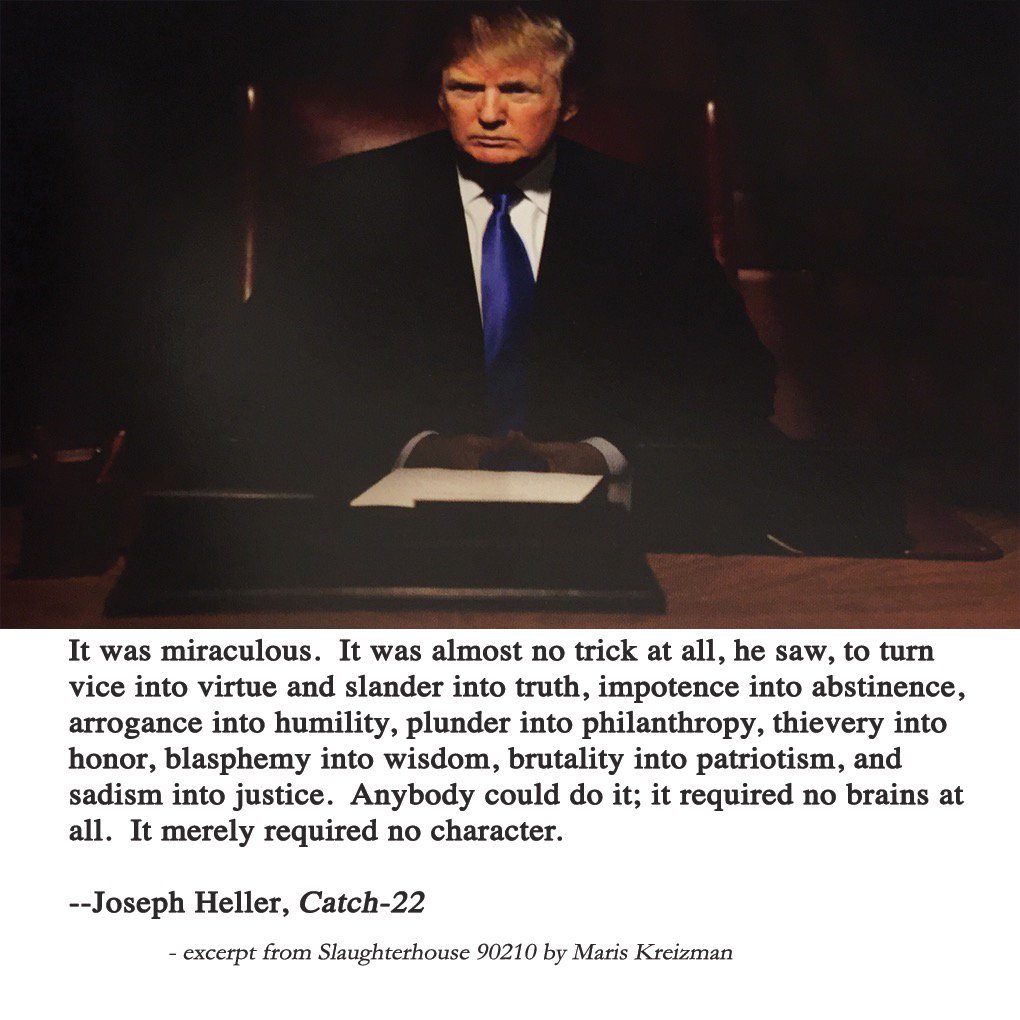 Unfortunately Trump now looks unstoppable for the GOP. Even thought he is a dick unfortunately Tump is a very effective campaigner and could win the Presidency.

I don't think he's unstoppable by any means. It's wide open

Both Sanders and Trump have been seriously underestimated by the respective party establishments. Voters are very angry and want major change.

In South Carolina, Trump could win all 50 Republican delegates

CNN is holding a 2 day event GOP town hall and during the portion that he in not on,  the first one tomorrow nite, Trump will be on MSNBC.

Interesting setting: Trump and buddy sitting on upholstered chairs, US flags, trying to act like he is being interviewed by a journalist

Trump: Obama was lucky that Rmney ran otherwise Obama would have been a one term President

Trump: Borders are like swiss cheese (must include the Northern one with Canada) Illegal immigration

Trump: Bill Clinton had a chance to take down Osama and didn't and has never explained why. If Clinton had acted the World Trade Centres would not have come down.

Trump Is Trampling Over the GOP’s Corpse

Republican elites who want him to go away don’t realize that he’s already taken over an empty party.

The pontiff is showing solidarity with migrants in an implicit rebuke to the Republican front-runner.

If Donald Trump reaches March 15 with a substantial lead in the polls, it will be difficult for any other Republican candidate to catch him.

"US Republican presidential front-runner Donald Trump is bringing to light the political decay in America, despite adopting a fascistic rhetoric, says an American geopolitical analyst.

'I have to sit back and laugh and really enjoy the political theater that Trump is putting forward for the American people because, in fact, Trump has made a number of absolutely correct claims..."

The scuttlebut is after he loses Florida Marco is going to join Cruz's campaign. I thought Marco might pull the plug before Florida but after all he is not the brightest tool in the crib. 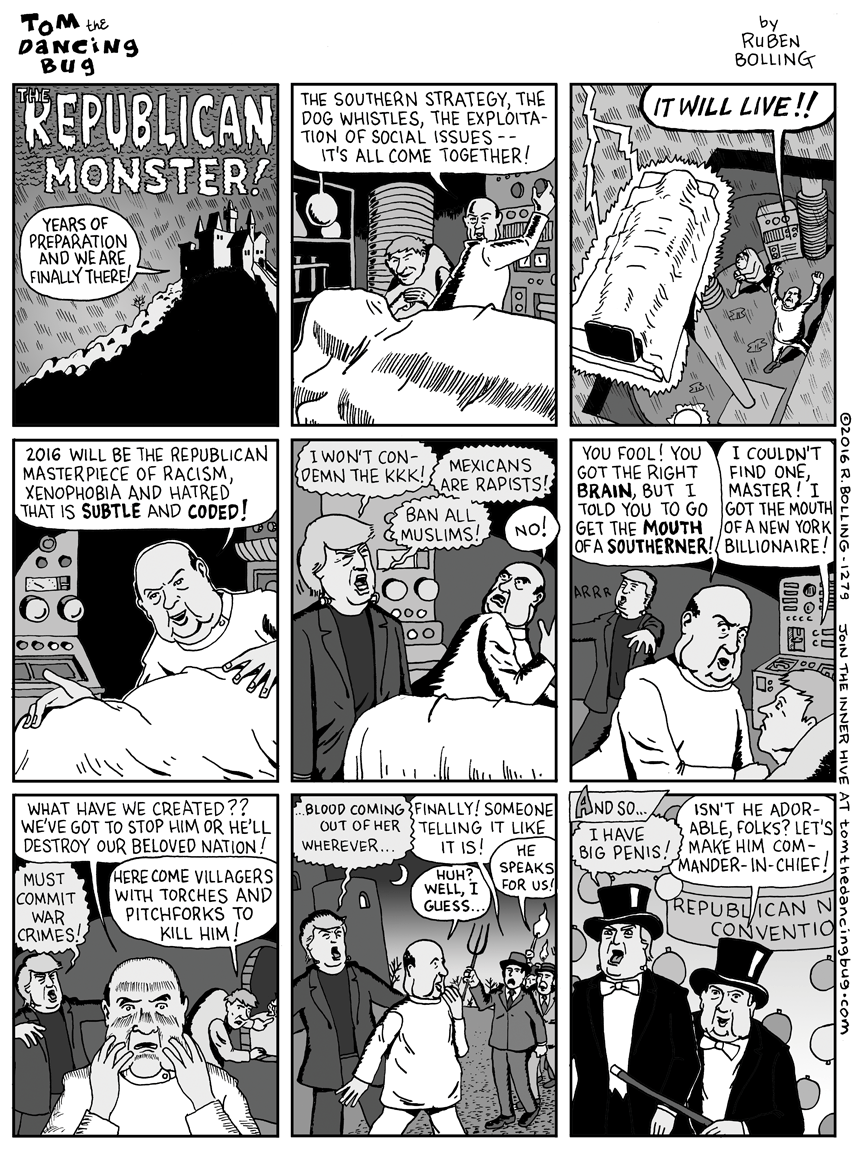 Welcome to the GOP world, eh!

My hunch is that Romney or even Paul Ryan is actually seeking the presidential nomination, and if Trump does not have a majority of delegates on 1st ballot, one of these 2 clowns will organize a draft to draft themselves as saviour of the GOP.

I used to think the only way to stop Trump getting the GOP nomination is to prevent him from geting 50% of the delegates. But after reviewing some of the recent GOP state delegate selection processes in previous elections, screw the GOP voters, as the GOP will steal it away from Trump if they can. Apparently some of these delegates that Trump supposedly has under his belt ccould be taken away at GOP state conventions.

Is this the guy that will take Trump down?