What are you listening to Part 'You Linear Thinkers ... Arrrghhh' | Page 8 | rabble.ca

I haven't listened to Sweet Honey in the Rock in ages. Love them. One of the singer's daughters grew up to be an excellent artist in her own right, founder Bernice Johnson Reagon's daughter Toshi Reagon. Although I never did see Sweet Honey (had to cancel on a concert in Tokyo unfortunately), I did see Toshi perform at a brilliant Canada Day night in Central Park, NYC in 1999 where the consulate put on a tribute performance to Joni Mitchell.

Producer Danny Kapilian described the event, Joni's Jazz, as "not a tribute concert in any real way. This is a celebration of a very specific period of music in Joni Mitchell's career." Presented as a part of Central Park's SummerStage outdoor concert series, it was threatened by the hissing of Central Park lawns -- a steady rain that ceased just minutes before the concert's start...

Mitchell was coaxed onstage for the closing number "Help Me." Cigarette in hand, she said, "I'm really speechless. I can't begin to describe the way I feel... I'll remember this all my life -- all my long life. With the stage crowded by all participating artists, Mitchell seemed reluctant to take the lead vocal away from Chaka Khan, who prompted her with, "Joni, sing. Sing, girl." Finally, Mitchell offered a few choruses of ethereal, wordless vocal lines to a swaying crowd that could not have adored her more."
https://jonimitchell.com/library/view.cfm?id=440

It was one of the best nights of my life!

I've been very much enjoying the low volume chill funk stylings of Vulpeck lately, a new discovery for me.

And the seasonally appropriate "Christmas in LA":

..there's a Women In Blues show happening this sat at the park theatre in wpg. at the top of the poster list of names is...

Romi Mayes - Devil On Both Shoulders

Joni Mitchell - Case of You

The Gang Of Four "To Hell With Poverty"

Aretha Franklin with The Eurythmics - Sisters Are Doin' It for Themselves

..a visual and audio delight

We have a guest visiting and he has been digging up some old albums to play on the turntable. Lots of Genesis and old Fleetwood Mac. Plus just awhile ago, Harmonium.

Harmonium is a band I have not heard in ages. If you have CANO play it for them.

Shout out to the homie Lee England Jr. This is our first collaboration together, and we had a blast. When our powers combine, we are Mad Soul. Here we covered "All That Matters" by Justin Beiber. Hope you enjoy!

Lee England Jr.: Shape of You

Nahko And Medicine For The People - Warrior People

“If your voice held no power, they wouldn’t try to silence you.” - unknown Use your VOICE. Use your VOTE.

In one country there is an injustice that symbolises the contest between hateful, polarising, elected despotism and truth and justice. The jailing of Osman Kavala in Turkey.

Kavala is Turkey's best-known supporter of culture. A philanthropist, human rights champion and bridge-builder to minority communities he has spent his whole life working for equality and respect for repressed peoples. He stands for the democratic and tolerant beliefs of probably now a majority of the population.

For this he is approaching 1000 days in Turkey’s highest security prison on trumped-up charges on the orders of President Erdoğan. 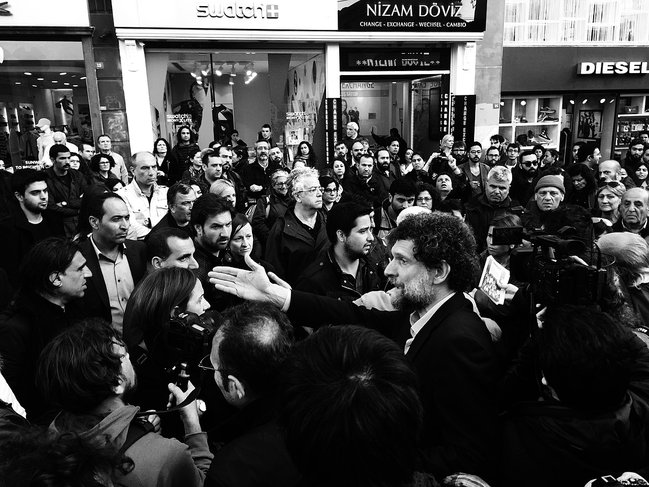 Not a fan of the hip hop style tune, but the imagery & message delivery is too powerful.

Interesting. Can you supply a synopsis of the lyrics in English?

Interesting. Can you supply a synopsis of the lyrics in English?

Yeaa, Khalsa already has too many people to make it a fair fight.. :shrug:

..this is the opening song to the tv series "the new pope"

The opening for "The New Pope" is brilliant. I love the music and the choreography.

..i really like the bell work in it. it shows a pan but sounds similar to a cow bell

This was fun to do

Santana : Live at the House of Blues Las Vegas: Anywhere You Want To Go

I was treated to a surprise date while in St. Pete's, Florida 5 years ago and it was a Santana concert with Carlos' daughter joining him on stage. It was an excellent performance and the Mahaffey Theatre (Center for the Arts) was a beautiful venue.

..i saw santana a few years ago at the gorge theatre. it's a concert stage south of osoyoos in washington. it overlooks a gorge and at the bottom runs the columbia river. i owned a volkswagon van at the time. :) 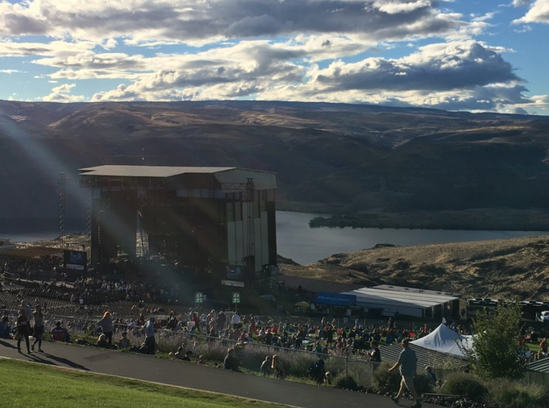