Just two weeks after the Capitol riot inspired by their own voter fraud lies, Republicans say the new president's policies are dividing the nation.

"There are too many people in Republican leadership right now who will do anything - including sell out former President Trump - to be back in the good graces of woke corporate America."

"...The narrative instructs us that the election is resolved - so shut up about it already. But the election is not resolved. Enterprising gumshoes will be sifting through the evidence, interviewing witnesses, and combing through the thickets of fraud for a long time to come. Crime will be outed, if not prosecuted.  Mr Biden moves under a cloud of illegitimacy. Beyond the lingering election dispute lies all that evidence about the Bidens' money-grubbing operations in foreign lands, clear down to the money-laundering records. Think that won't bite eventually...?

Planning for elections in 2022, Democrats set up 'Trump Legacy Project'

"...The narrative instructs us that the election is resolved - so shut up about it already. But the election is not resolved. Enterprising gumshoes will be sifting through the evidence, interviewing witnesses, and combing through the thickets of fraud for a long time to come. Crime will be outed, if not prosecuted.  Mr Biden moves under a cloud of illegitimacy. Beyond the lingering election dispute lies all that evidence about the Bidens' money-grubbing operations in foreign lands, clear down to the money-laundering records. Think that won't bite eventually...?

More of The Big Lie, but not surprising coming from someone who

was also a promoter of the concept of a so-called "deep state" working to overthrow and thwart Trump. He endorsed Trump for re-election and declared that he intended to do "everything he can to prevent the Democrats from winning the election."

In an interview with American Conservative, Kunstler attacked gay marriage, describing it as "cultural mischief" that would further damage "a struggling institution"

And it's got racist shit to boot:

but just who was the Asian chap sitting behind the man-of-the-hour? Secret Service? Or his new minder (courtesy of Uncle Xi)?

Happens to be a Korean-American, who leads his secret service detail.  But all Asians look alike I guess.

My hunch is that this is great news today out of Arizona, for the Democrats.

I'll wear them as a badge of honor

GOP reeling after historic defeat: ‘Political disaster doesn’t begin to describe how bad this is for Republicans’

When is the USA going to become a democratic country?

Georgia is at the center of the effort, with state Republicans discussing voter ID changes and other new policies after Biden won the state.

Maybe the Democrats will be more successful politically  if Trump and his mob stay part of the GOP. 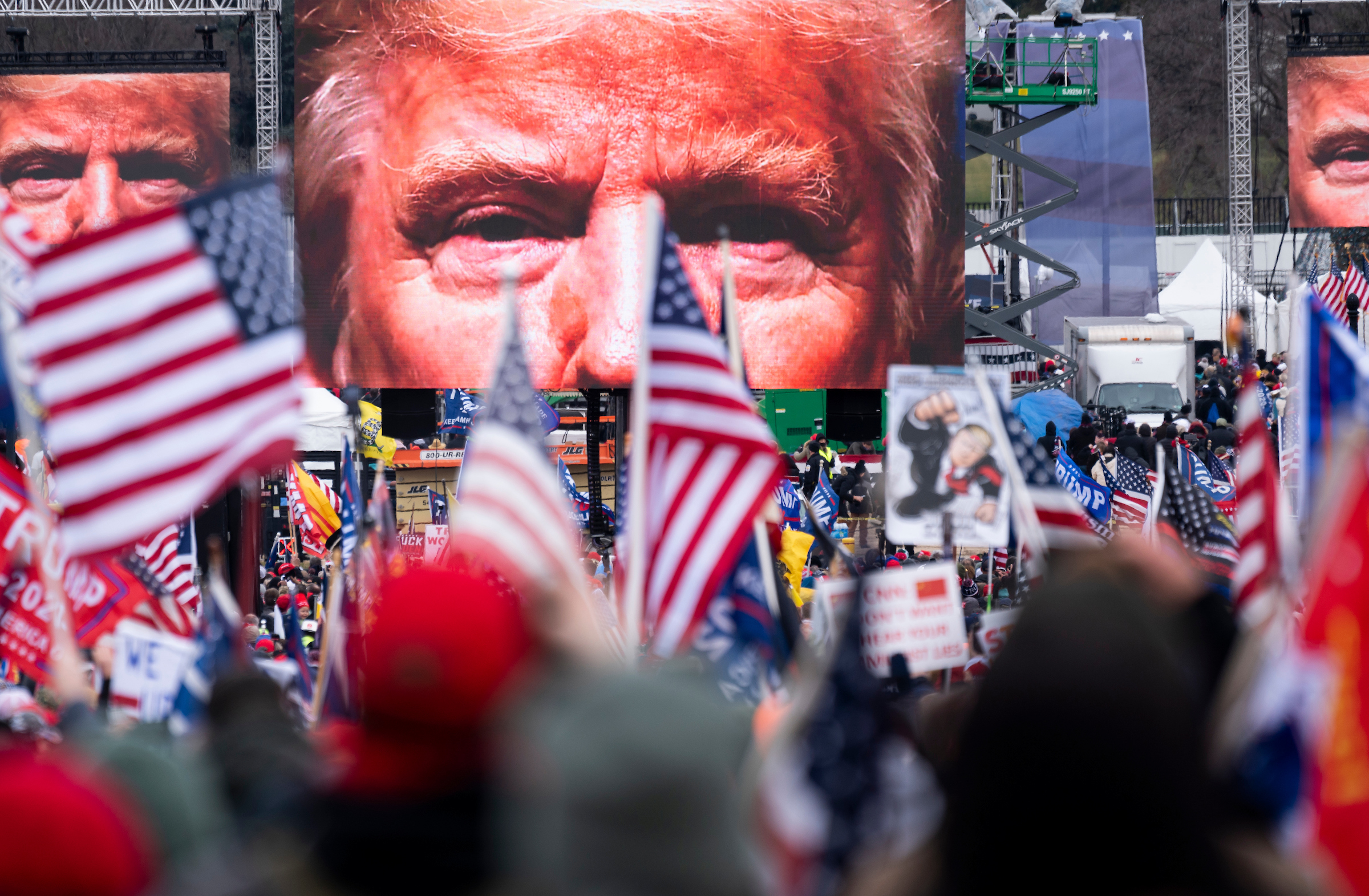 An image of President Donald Trump appears on video screens before his speech to supporters near the White House on Jan. 6. (Bill Clark/CQ Roll Call file photo)​

WSJ is not happy with the GOP

WSJ is not happy with the GOP

Good info in that piece. Clearly it is in Wall Street's best interest to have the Obama era Democrats at the helm to ease them quantitatively and to ensure that if the people get pissed at them they have another Wall Street dominated party to vote for. The US oligarchy does not like to have its facade lifted so the Trumpite's have to be controlled.

Leaving Mitch in the ditch: Trump loyalty may prove too potent a force in the GOP for McConnell to handle

Portman has nothing to lose now so the Trumpers may have just lost another impeachment trial vote.

Republican Rep. Marjorie Taylor Greene repeatedly indicated support for executing prominent Democratic politicians in 2018 and 2019 before being elected to Congress, a CNN KFile review of hundreds of posts and comments from Greene's Facebook page shows.

Read this and weep

Greene really is a POS. She believes that school shootings are false flag operations designed to take away guns.

Paricularly since she's being interviewed by Katie Hopkins.

How much evidence is it going to take p;eople to realize these rfight wingers are the scvum of the Earth.

If you're not a corporation or rich or batshit crazy person, WHY would you vote Conservative? Why would you want anything to do with them?

Thedy always have been assholes but this is beyond the pale. She should be EXPELLED as quickly as humanly possible

It is looking more and more like the midterm elections are going to different than usual next year.

“This bill is Jim Crow with a suit and tie,” said Aunna Dennis, executive director of Common Cause Georgia.

Gosar is the man whose 6 siblings made an ad urging people in Arizona not to vote for him. Hell of a guy. Any day now NDPP will be quoting his words on babble to prove that Trump was fraudulently cheated out of the presidency.

"The only reason you have these bills is because they lost,” said Bishop Reginald T. Jackson, who oversees all 534 A.M.E. churches in Georgia. “What makes it even more troubling than that is there is no other way you can describe this other than racism, and we just need to call it what it is.’’