It was an overcast, bitterly cold day in Toronto. With the windchill, it felt like -16C. But no extreme cold weather alert had been called for the city.

Years ago, her aunt froze to death on the streets of Toronto. She wasn’t homeless. Just considered to be.

“She happened to fall down and hit her head,” said her niece.

“And was left there as a homeless person to die. What a sad story. That people just walk by and don’t take a moment of consideration out of their day to think and to know that they’re human beings who have a heart, who have a life, who have a word, who have a story.” “And we’re all here to help each other,” she said. “We have to unite together. It’s Christmas time. It’s a time for giving. And love is cheap. It’s free. And everybody has it and everybody can give it.”

But not everybody does. “And I came here just by accident today,” she said.

The second Tuesday of the month. The day that homeless men, women and children who’ve died on the streets of Toronto are remembered at a memorial vigil held outside the Church of the Holy Trinity.

“And so I came here and look at what I found. A huge blessing of thanks from the community. From people who care.” It was an overcast, bitterly cold day in Toronto. With the windchill, it felt like -16C. But no extreme cold weather alert had been called for the city. No extra homelessness services.

That only happens when Environment Canada predicts an overnight temperature of -15C or lower without wind chill. 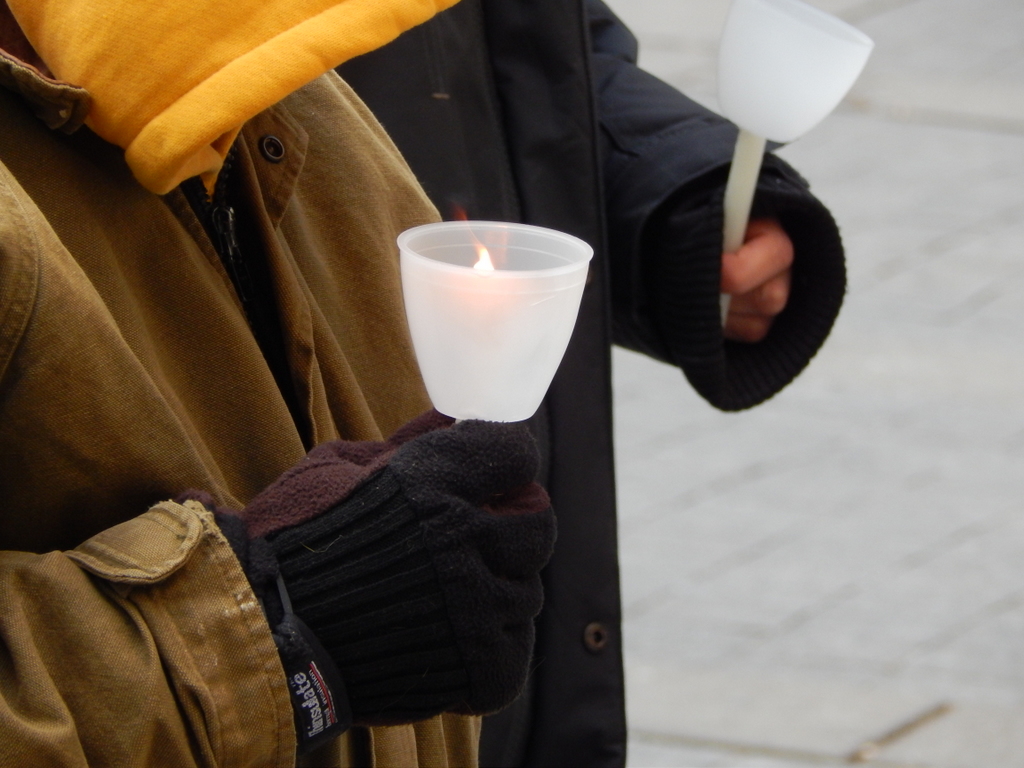 On Tuesday overnight, the forecast was -7C with a windchill of -16C. Cold enough to leave anyone susceptible to frostbite or hypothermia. Especially those who spend long periods of time outdoors. John Bonnar is an independent journalist producing print, photo, video and audio stories about social justice issues in and around Toronto. More by John Bonnar