Oshkimaadziig: An Anishinabek Awareness Encampment for Peace and Unity | rabble.ca

Oshkimaadziig: An Anishinabek Awareness Encampment for Peace and Unity

The rabble podcast network offers an alternative take on politics, entertainment, society, stories, community and life in general. All opinions belong to the podcaster; however, podcasters are expected to adhere to our guidelines. We welcome new podcasters -- contact us for details.

In early April 2012, several Anishnabek men from established a peace and unity camp outside a settler heritage museum in Coldwater Ontario, north of Barrie. The camp was set up in an effort to educate the world about the inter-tribal agreements in existence as well as the nation-to-nation agreements between Indigenous nations and the Canadian governments and British Crowns (which us settlers have failed to honour). The camp's name is Oshkimaadziig, an Anishnabek word which refers to the 'New people of the seventh fire prophecy who will pick up the things left behind to light the 8th and final fire'. In early May, the camp moved from Coldwater to Awenda provincial park, north of Midland, to a traditional gathering place called council rock. In midmay the GRMC was able to sit down with two of the camps initiators (Johhny Hawke, and Richard Peters) for an interview, and we present it here. for more information about the camp, check out:

[email protected] Radio is a weekly 2-hour show on 100.3FM CKMS in Waterloo. 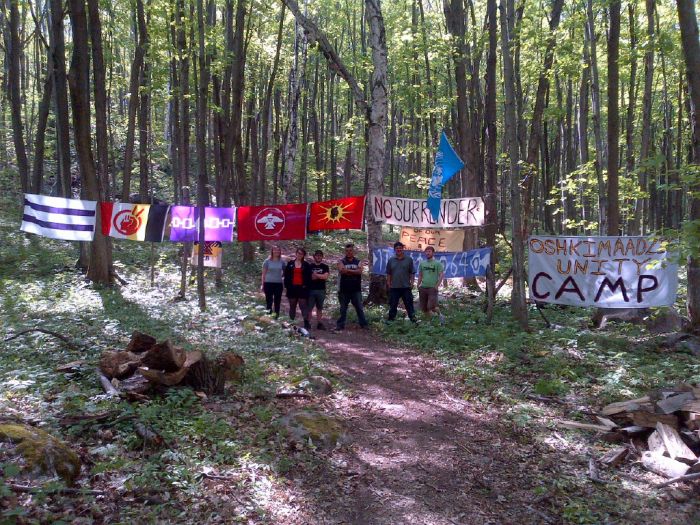