The Amazon, it is often said, functions like the lungs of Mother Earth. The dense forest and undergrowth absorb much of the carbon dioxide that we manage to pump into the skies –- an ever more important and taxing effort in light of the threats to our climate. 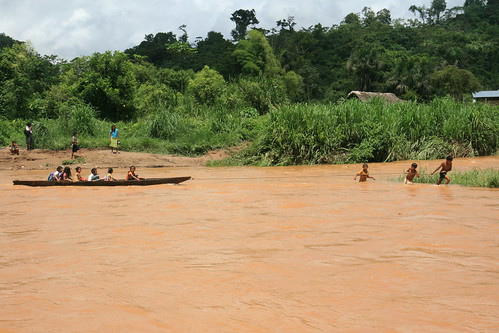 In December, countries around the world gathered in Copenhagen to reach an agreement to protect the climate, even if purely face-saving, and failed. With that sour taste gone, Bolivia has invited governments, social movements, Indigenous Peoples, politicians, really anyone who cares, to attend the so-called World Peoples’ Conference on Climate Change and the Rights of Mother Earth. The conference will be held the 19th-22nd in Cochabamba.

Ahead of that trip, I’ve flown into Lima, Peru to head back into the Amazon. It has been almost a year since the tragic day of June 5th, 2009 left over 30 people dead in the worst violence Peru has seen in modern history. The dispute was over a series of laws the government wanted to push through to open the Amazon to foreign companies, an effort linked to the Free Trade Agreement Peru’s President Alan Garcia signed with Canada and the United States. Amazon Indigenous Peoples resisted the laws with a blockade outside the town of Bagua, on the outskirts of the Amazon, and the government’s decision to send in armed forces still reverberates here. You can see my coverage from Peru last year here. 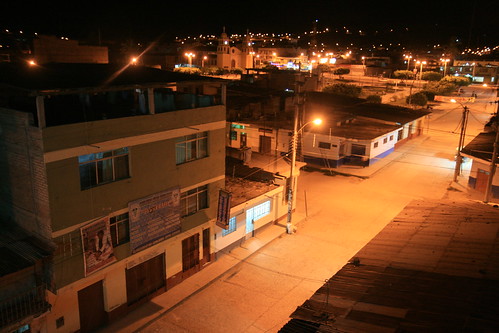 Indigenous groups here and elsewhere have maintained that their role in protecting their lands, their resources, their ecologies is paramount, and also serves the rest of humanity. In this case, the Awajun and Wampis peoples were concerned about the entry of oil companies into their lands, ultimately polluting the waters, the flora, the fauna, everything, as has been the case so many times in other parts of the Amazon. 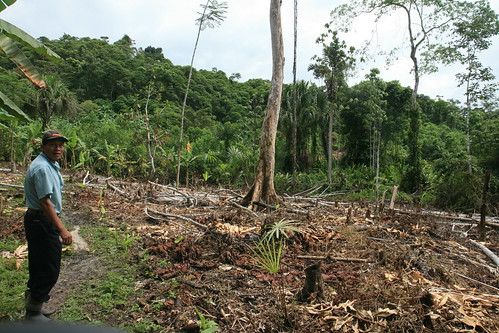 A walk through the jungle outside Wawas, Amazonas, Peru

Bagua today is a much different place than in those tense days after June 5th, when military patrols roamed the streets, and a curfew kept people in hiding. Now, the only sense of tension was between teenage boys and girls in the plaza, whistling and blasting around on motorbikes. As they say, calm waters run deep, and the Amazon has a long memory.

I managed to catch up with Salomon Awananch, who since I ran into him last year, had been elevated to the position of Amazon Leader from his position leading the protests. He understood the protests had forced the government for the first time to seriously consider Indigenous cosmovisions. In order to further make the point, Amazon leaders had recently gathered to pass a resolution rejecting all transnational corporations from their lands, which has yet to be released. They are also heavily investing in an education plan which aims to keep Indigenous knowledge like traditional medicinal plant in use. 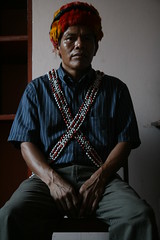 At one point, I asked him about the film Avatar. He laughed a bit, admitting he really enjoyed the film, despite having lived a similar experience in the “Baguatar” episode last year. His demeanour hardened. “But if that happened again, it would be a complete war, the end of all dialogue. We have been open to dialogue this whole time, but the government hasn’t had the will (voluntad) to talk. Next time we won’t be protesting on the roads, we would be in the forests and mountains, where we couldn’t be defeated.”

The main threat now? It’s a Canadian mining company, Dorato Resources. Dorato is looking for gold, one of the world’s oldest plunder-able resources, and Peru has much to offer as the 8h largest producer in the world. This mine would be unique, however, situated at the headwaters of the Cenepa River, in the Condor Mountain Range, a very sacred area to the Awajun and Wampis peoples who live downstream. For them, “you can’t touch this hill, you can’t interfere with it,” according to Edwin Montenegro, Secretary of the organization representing Indigenous Peoples of the north Amazon, ORPIAN. 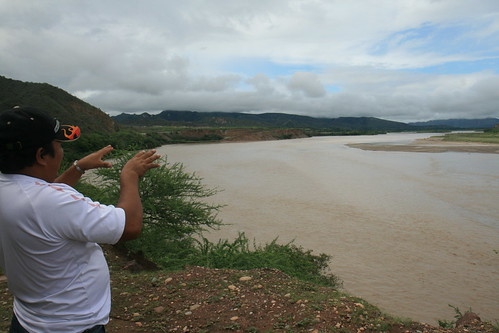 “This mountain is very important to us. If it is destroyed, if the water is polluted, it is the end of all the Indigenous Peoples along the Cenepa,” continues Montenegro, from his office in Bagua. They also point out that this river flows into the Mariñon River, which flows into the Amazon – and any contaminants, such as mercury, would end up poisoning the Indigenous Peoples of all five water basins that make up the area. They even have a website, with a well-produced video overview, all in English.

“We need to do our own Environmental Impact Assessment to study the impacts. There are many understandings of man, territory and the forests. There exist great trees that have energy in them, and that force, that unity is lost when they are cut,” recounted Awananch. Even the mayor of Bagua has taken a stand against the mine. For the Awajun and Wampis, though, the stakes are much higher. “We’re ready to defend the land until the last consequences, and we have an agreement across the five basins of the Amazon to support our demands.” 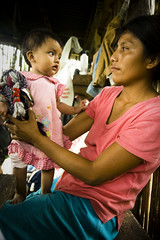 I took a side trip to visit the Awajun communities of Wawas and La Curva, hours down the road from Bagua, where the families of victims of the 2009 violence lived. I had gone to drop off some photos to family members and other people in the community, but wasn’t expecting the results. Passing from community to community, by boat and jungle trail, we learned the loss of a community member had divided the community and many families, which was seen as the government’s fault, if not intention. After some unexpected conflict resolution, I was able to share the photos, which brought up many heartbreaking emotions from loved ones, and will hopefully help the children to remember. I also received testimony from Roman Jintach Chu, 45, who was also shot in the violence. In the end, Jintach’s family decided to honour me by naming a newborn baby after one of my family members. 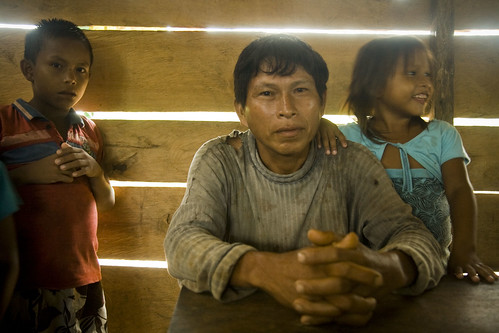 As I arrived in Lima on Monday, April 5th, a mining related protest left six civilians dead and dozens wounded. Peru under Alan Garcia in particular has shown itself to be allergic to dialogue, and more than comfortable resolving disputes with a gun. This government is not alone in using force, when needed, to force compliance with corporate and governmental interests.

But it is the community members of places like Wawas and La Curva that must live with the consequences in the long term, and they are on the frontlines of protecting their rights, their environment, and in the end, all of us from the very activities that lead to climate calamities – loss of rainforest, oil refining, water poisoning. It is these very communities whose voices should be elevated and respected when pretending to be able to deal with a problem such as climate change while ignoring its predatory causes. 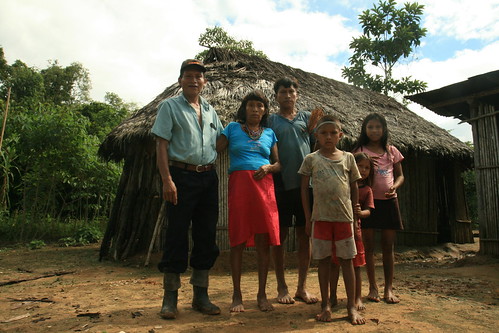 I left Bagua en route to Lamas, San Martin province, where Amazonian Kichwa communities were toiling to be recognized by the government and stop a biofuel company from taking their land. To be continued…