A mini-history on the mis-maligned melodrama | rabble.ca

A mini-history on the mis-maligned melodrama

Booo!! Hisss! You must pay the rent!

I admit I LOVE melodrama, the true stuff, the new stuff, and the mustachioed tongue-in-cheek stuff. That being said, I weep copious tears, gnash my teeth and rend my garments when folks use 'melodrama' in solely disparaging ways. In truth, melodrama grew from a dance hall, peoples' cheap entertainment (thrills, chills, and crazy love stories!) into a means to forward a progressive a social agenda and large-scale cultural and system reform.

In Victorian England, if you were poor, 'ill-figured', dark, ugly, 'uncivilized' on the outside, that was because that's who you were on the inside. You were made that way by God, because you deserved it. If you were enslaved or in servitude, it is because you were meant to be, and if you were a 'fallen woman', you were as the fallen angel and should be cast out to hell, where you belonged. Towards the end of the 19th century, the rise of the Industrial Revolution exacerbated 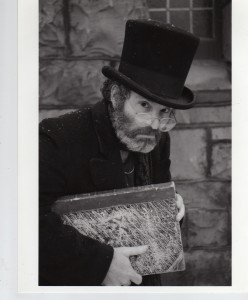 the existing poverty and disparities, in addition to creating new ways for the rich and powerful to use 'disposable' people for personal gain.

How to create large scale awareness and promote change?

It is here that we see, for the first time, suave, smooth, rich, handsome VILLAINS. Men of society and culture, who, in a private moment on stage, reveal a purely evil heart with no sense of honour or compassion. We meet ill-figured, ill-fated common folk with a heart of gold, women forced to steal or 'give themselves away' to save their children, street urchins who do a kindness and come through in the moment of truth, and even people whose souls are 'lost' committing an act (an often dramatic, final act, or course) of love or valour. Inevitably the villains are mill or mine owners, land grabbers, railroad tycoons, etc., and the inhumane practices in their acquisitions, mines, mills, and so on, are revealed. By the early 1900s, there were even -- GASP! -- FEMALE HEROES!!!!!!!! Women who saved the day and the play, after being downtrodden, who faced down the rich, scheming, handsome male villains! Holy cannoli, right? 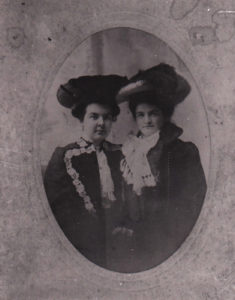 Of course, the 'regular folks' loved these plays and were emboldened by them. The plays themselves mark a growing rise in 'regular joe' action. But wait! There's more!

Sure, melodrama came from a time of heightened performance styles (often called 'the realism of our dreams'), stark right and wrong, and plots drawn in black, white, and red (yes, like a comic book or certain graphic novels, a lovely and telling legacy), and tying Sweet Polly to the tracks seems outrageous and ridiculous... but they are nonetheless an important part of rising social awareness and action. And HEAPS of fun!