How the UK decided to criminalize its latest drug craze

I'm fascinated by how the mephedrone hysteria is playing out in the UK, not only because I like taking plant food and don't want it to be banned, but also because the UK government's rushed banning of the new drug exposes just how non-evidence-based their drug policies are. 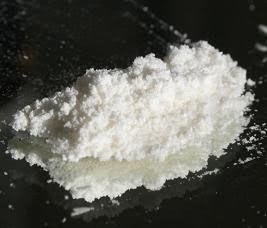 Things started unraveling last October when Professor David Nutt was forced to resign as chairman of the UK government's Advisory Committee on the Misuse of Drugs (ACMD) for suggesting that UK drug policy should be based on scientific evidence. In the months following, six members of the ACMD have resigned in protest.

The seventh ACMD resignation, by Eric Carlin, came this week, in response to the UK government's decision to classify mephedrone as a class B drug, criminalizing those who use and sell it. Carlin's resignation letter is available on his blog and is worth reading in full. He calls the meph ban a rushed decision based more on media and political pressure than on actual science:

"We need to review our entire approach to drugs, dumping the idea that legally sanctioned punishments for drug users should constitute a main part of the armoury in helping to solve our country's drug problems. We need to stop harming people who need help and support. ...I am not prepared to continue to be part of a body which, as its main activity, works to facilitate the potential criminalisation of increasing numbers of young people."

Prior to the ban, Professor David Nutt argued that rather than making the drug illegal and forcing it onto the black market, there should instead be "some sort of regulated use for MDMA or mephedrone where people, maybe in clubs, could have access to small amounts, safe amounts under guidance".

Now that the ban is a fait accompli, Nutt says:

"...[W]hat is at stake now, beyond the details of mephedrone classification, is the very relationship between science and politics; between the cause of evidence-based policymaking and the imperatives of headline driven politics. The home secretary got his way on mephedrone. The ACMD buckled under pressure. Yet with some honourable exceptions, key figures in all the political parties have acquiesced in the trashing of evidence-based drugs policy. This is a dangerous and worrying development.

...The debate I sought to lead in recent weeks was never about whether drugs should be legalised or criminalised. It was about what the appropriate regulatory framework should be to ensure that harm is minimised. Some potentially harmful drugs – medicines – are legal but strictly regulated. Others, such as alcohol and tobacco, are legal but regulated through licensing and other laws. Others still, so called recreational drugs, are regulated through the criminal process.

The future of the drugs policy debate is about appropriate regulatory regimes. This is a debate to which the ISCD can contribute. But it is properly one that a range of individuals and organisations, across science and politics, need to engage in."

I wonder if the current UK government feels any fear now that their out of touch drug laws are coming under attack by the very scientists they recruit as advisers. Or will that just fuel the fire? After all, drug policy rooted in fear is what the UK does best.

You can read Nico Little's personal blog at www.ickaprick.com