Saturday October 3 was the fifth annual Toronto Disability Pride March. As the organizers explained, the march aimed to

The first speaker, Indigenous songwriter and activist Diem Lafortune, explained how traditional economies provided for people according to their needs. But colonialism has inflicted deep scars, impacting mental health. 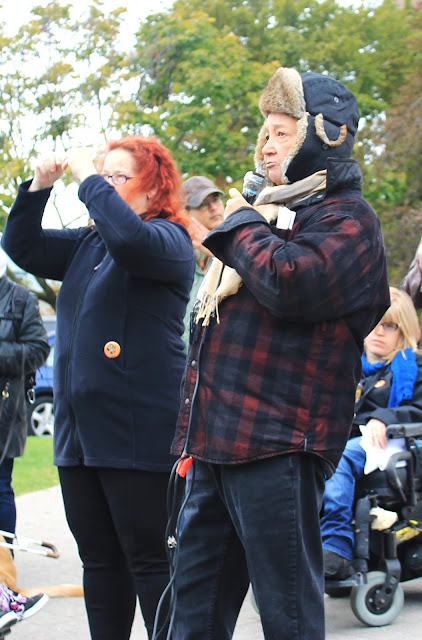 Disability scholar Tracy Mack described how in the nineteenth century the Toronto asylum (now CAMH), incarcerated people with disabilities as a source of free labour -- and there's an upcoming historical tour of the wall: October 24, 1 p.m. at Queen and Shaw. She also discussed the intersection of disability and anti-Black racism, and denounced the disproportionate levels of police violence directed at racialized mad people. 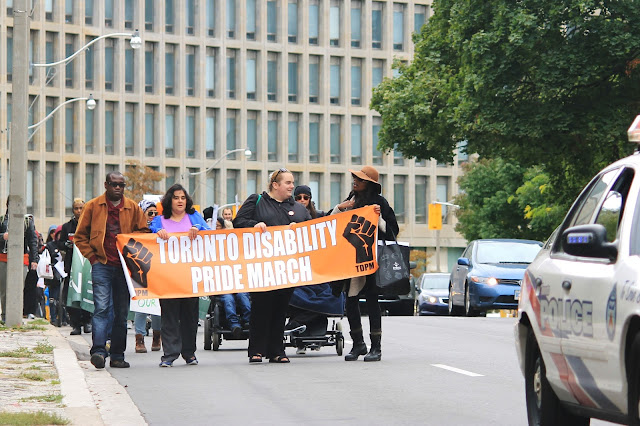 TDPM began in 2011 during Occupy Toronto. As co-founder Melissa Graham explained, "not only are people with disabilities part of the 99%, they are typically part of the lowest 1% of the 99%." The austerity agenda is sharpening this oppression -- through cuts to social assistance, social housing and transportation that disproportionately affect people with disabilities. 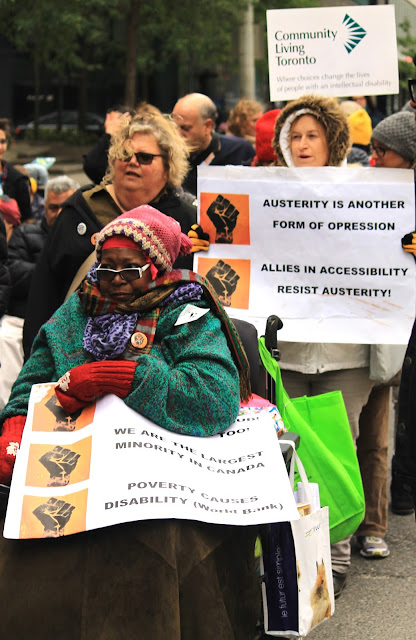 As Kevin Jackson, TDPM organizer and member of the Ethno-Racial People with Disabilities Coalition of Ontario explained, the march is not about charity, sympathy or a cure but respect for people with disabilities as human beings. TDPM is not a parade but an act of solidarity and resistance, exposing the priorities of the system. As the marchers chanted, "Build ramps, not bombs!" 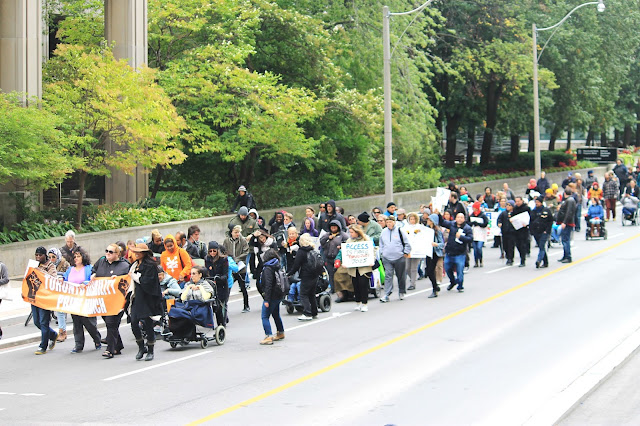 It's been a decade since the Accessibility for Ontarians with Disabilities Act became law and still it has not been adequately enforced. MPP Cheri DiNovo spoke about the lack action from Queen's Park and the need for the disability movement to keep mobilizing. 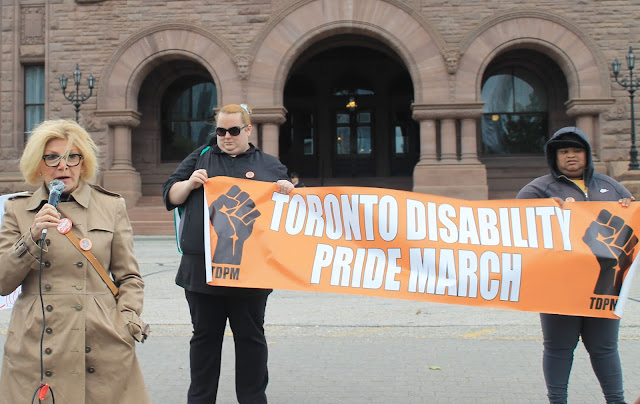 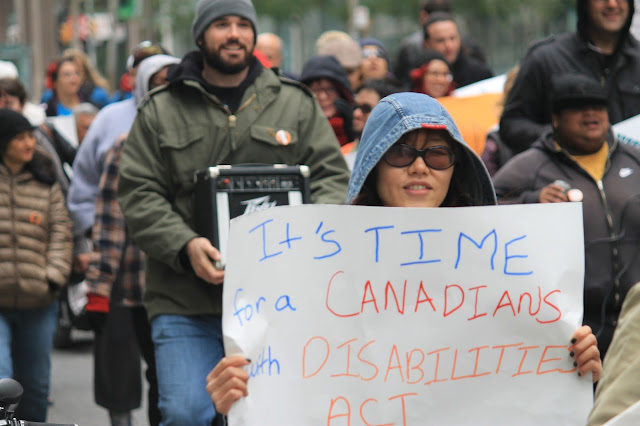