November 29 was a global day of climate action, with hundreds of thousands of people taking part in actions across the world. In Ottawa, 25,000 people from across Canada came together on unceded Algonquin territory to say -- and to spell in massive numbers -- that climate solutions and climate justice is 100 per cent possible. 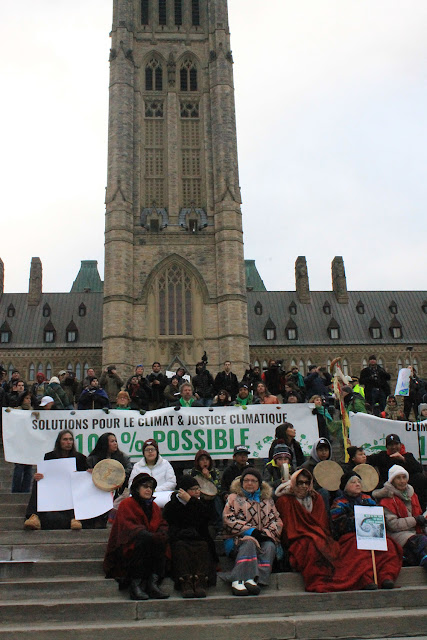 Last month, people voted for change at the ballot box, and they are continuing to vote with their feet. Trudeau was elected on the slogan of "real change," and the climate justice movement wants to make that rhetoric a reality. People chanted, "Real change not climate change." 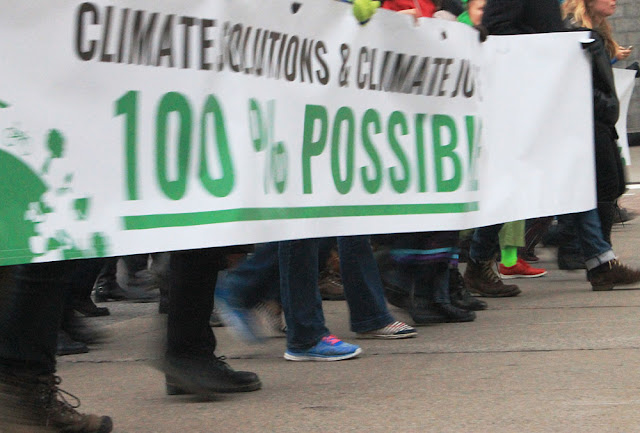 This means stopping Canada's fastest growing source of carbon emissions: the tar sands. Following the climate welcome sit-in outside Trudeau's residence at the start of the month, yesterday's demonstration continued to remind the new Prime Minister of the need to freeze tar sands development. 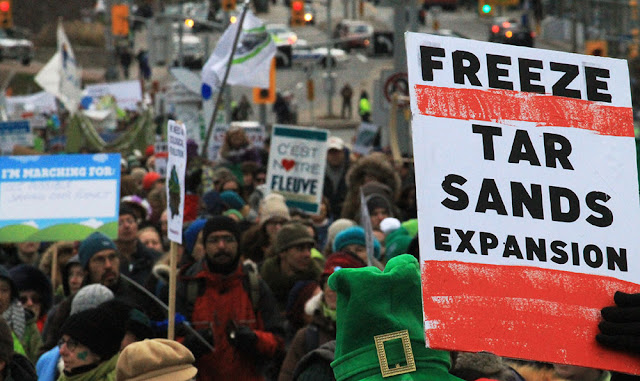 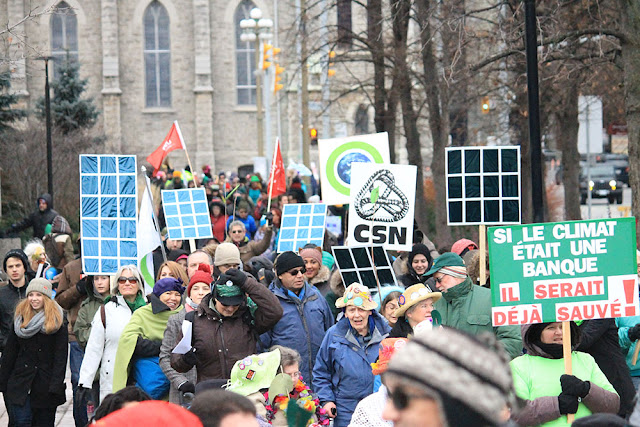 World leaders are meeting in Paris, claiming to work on climate action, while at the same time launching wars that destroy the climate and denying refugees fleeing wars and climate chaos. Carrying the banner "No war, no warming," the anti-war contingent chanted, "Stop the war on the atmosphere, refugees are welcome here," and "War and Islamophobia go hand in hand, they sabotage climate action plans." 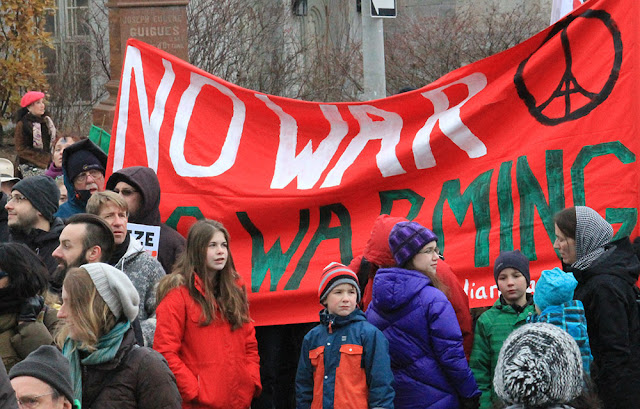 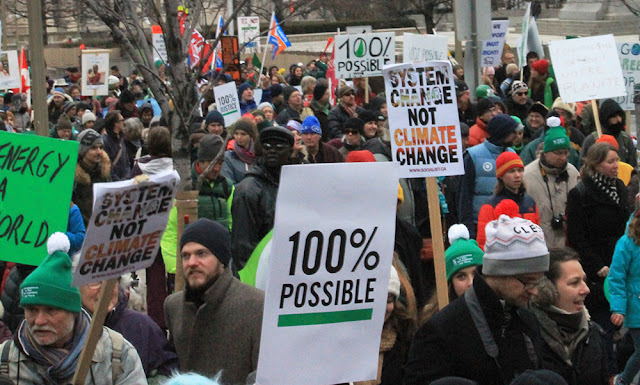 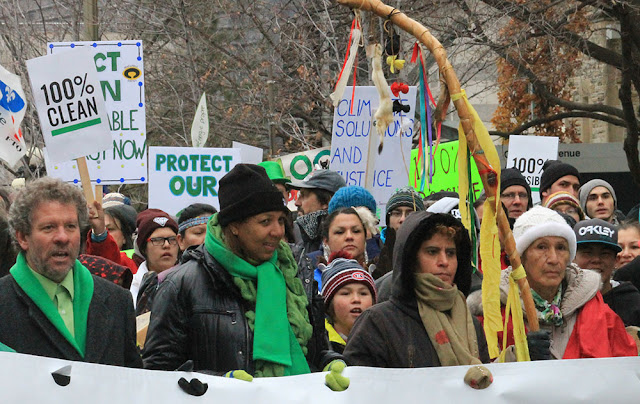