Nine years ago, Mariano Abarca was killed for opposing a Canadian mining company. Now his family and supporters continue their fight for justice in Canada.

At a superficial level, Chicomuselo, Chiapas is just like thousands of other Mexican towns. A well-maintained square serves as the centre of town, where taxis and vendors gather. To its side, the ‘municipal palace’ serves nearly 35,000 residents of the municipality, a large area of mostly rural lands and uninhabited mountains. Nearby is the main Catholic church, painted a lovely shade of blue when Google Maps visited in May of 2012. It was here that Mariano Abarca had his family restaurant, and would likely still have it, had a Canadian mining company not arrived in town.

In 2007, Blackfire Exploration opened the ominously-named “Payback” mine, looking for barite, a key ingredient in oil and gas drilling operations. According to the results of a Canadian fact-finding delegation in early 2010, local residents reported environmental impacts such as soil erosion, loss of water sources and contamination, as well as social divisions and being intimidated by people on Blackfire’s payroll. Mariano Abarca was one of the most well-known residents who opposed the mine, going so far as to help found the national Mexican Network of Mining Affected Peoples (REMA in Spanish) in 2008. The company has denied causing environmental damages.

His harassment began in 2008, shortly after the mine went into operation, when he and family members were beaten by mine employees. A year later, representatives of the company made false accusations against Mariano, leading to his jailing for eight days until he was released due to the lack of evidence. Threats were made against his life. When that did not suffice, he was assassinated by a gunman outside his home on November 27, 2009 — nine years before his family and supporters would make their way to Ottawa to seek justice for his murder.

In the weeks following his death, there were large protests in a nearby town. Three men were arrested in connection with his murder and the earlier beating — one current employee, and two former employees. Later, they would all be acquitted and released. Nobody else would ever be charged. In the end, the mine was shut down soon after by the government over environmental concerns and has not reopened. The company denied any involvement with the killings. 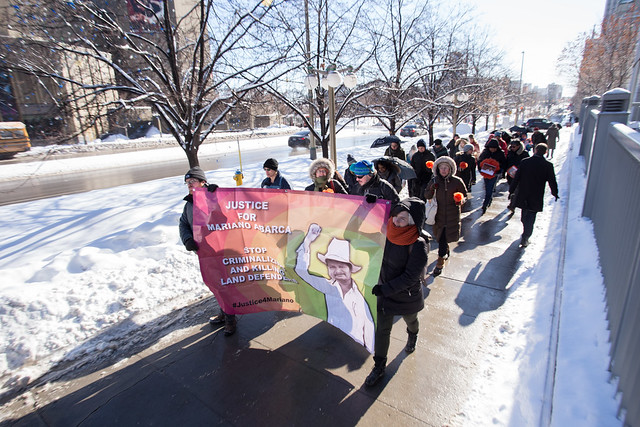 The case became even more outrageous after Blackfire’s admission in June 2009 that it was paying 10,000 pesos a month to the town’s mayor to supposedly prevent local farmers from taking up arms against the company. That fact might never have been disclosed, except the mayor began demanding more, including more cash and a romantic liaison with a TV star. Blackfire officials said they weren’t committing bribery, claiming instead that the mayor had taken advantage of the company. The RCMP began an investigation into bribery, including raiding the company’s offices in July 2011, but declined to press charges in the end.

The lack of justice and resolution led Mariano’s son, José Luis Abarca, to participate in a rally at Ottawa’s Human Rights Monument on a cold February morning this year. He and a number of supportive organizations allege that Canada, through its embassy, failed to defend the life and well-being of Mariano, a human rights defender, acted in ways that put his life at risk.

“My father appealed directly to the Canadian Embassy for support when he and others were being threatened by Blackfire employees,” José Luis stated in a press release. “Shortly after, he was detained on false accusations made by the company. The embassy knew all this, but it supported the company, pressuring Chiapas state authorities to protect Blackfire’s interests.” 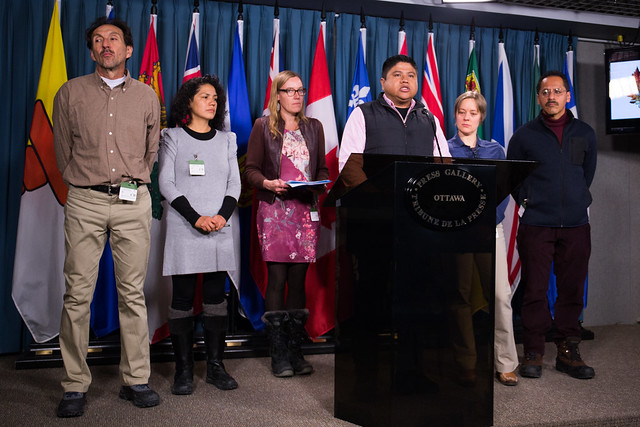 According to the supporters, which includes Canadian groups MiningWatch Canada, KAIROS, Inter Pares, and others, documents obtained through Access to Information (ATI) requests demonstrate that the Canadian Embassy was explicitly informed of the threats against Mariano’s life — especially after receiving 1,400 letters following Mariano’s arrest. Furthermore, Mariano’s supporters say that shortly afterward, the Embassy lobbied the state government to quell protests at the mine to protect the Blackfire, which alone is enough to put activists at risk in a country with a well-known history of violence against human rights and environmental activists.

After the rally on February 6, the group proceeded to the offices of the Public Sector Integrity Commissioner, a little-known federal commissioner that is charged to investigate bureaucratic wrongdoing. There, the activists presented a representative of the Commissioner with an official complaint, outlining their concerns about how the Canadian Embassy and its staff contributed to the violence that led to the father-of-four’s death. 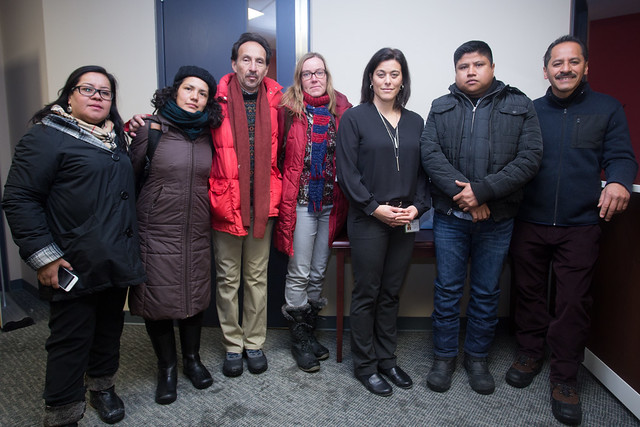 “It is urgent that Mariano Abarca’s case be thoroughly investigated and measures be taken to prevent the lives and wellbeing of communities in Mexico from being sacrificed for Canadian profits,” stated Miguel Mijangos, on behalf of REMA.

After visiting the Commissioner, the delegation from Mexico gave presentations at universities in Ottawa, Montreal, and Toronto before returning home. Meanwhile, the mining industry continues to spread across some of the most violence-prone regions of Mexico, with Canadian companies often at the helm. 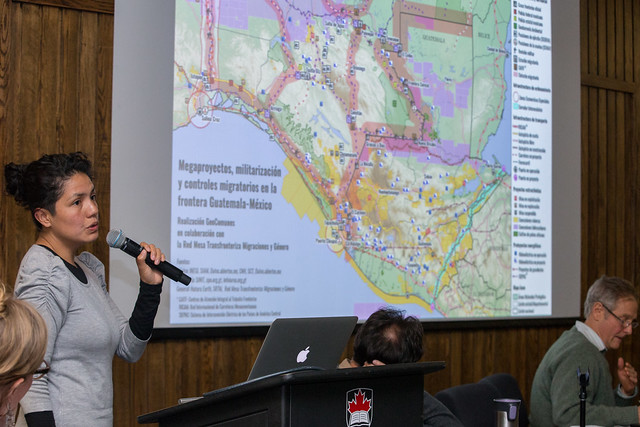 According to Libertad Díaz, of Otros Mundos Chiapas, “Persecution, threats and violence against land and environmental defenders has only intensified in Mexico since the time of Mr. Abarca’s murder. Given the importance of Canadian investment in the Mexican mining sector, we are deeply concerned about the role of Canadian authorities in cases where communities are struggling to protect their land and water from the negative impacts of Canadian mining operations.”

The Commission is required to decide within 90 days whether to begin an investigation, which can lead to reprimands for those involved, as well as recommendations in changes to laws and policies. Without substantial change in the Mexican or Canadian justice systems, this may be the only route for justice for the Abarca family and their supporters.

For further information and to take action please visit: justice4mariano.net