For those of us who are still living with one foot in the old energy world, here are a few helpful hints about what you should buy and what the consequences of shifting to “clean energy” sources. 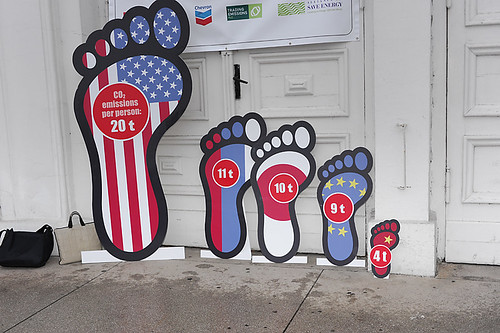 Ed. note: This week’s Mulch is pint-sized and will run on Monday rather than Friday. We’ll be back to our regular schedule next week.

Some people live off the grid, eat local food, and have an energy footprint so minuscule that even the canniest hunter couldn’t track them down. But the rest of us buy from supermarkets, get our energy from at least in part from traditional sources like coal, and occasionally forget to turn off the lights when we leave the house. For those of us who are still living with one foot in the old energy world, here are a few helpful hints about what you should buy and what the consequences of shifting to “clean energy” sources like natural gas and nuclear energy are.

Mother Jones’ Julia Whitty points out a useful tool for correcting any misconceptions about how green a company actually is. It’s an assessment that graphs public perception of a company’s environmentalism against its practices. Besides making sure you’ve got the right idea about Starbucks or Nike, Whitty writes, “You can also get a pretty good sense of how sectors perform in relation to other sectors: food and beverage, bad overall; technology, better overall.”

One of the biggest energy expenditures that many of us indulge in is airplane travel. Just one flight can enlarge your carbon footprint dramatically. Although flying may never be truly green, Beth Buczynski reports at Care2 that one airline is moving in the right direction. British Airways is planning the first “sustainable jet fuel” plant.

The plant will make a biofuel, which generally has plenty of drawbacks, but this one sounds pretty good. The company says it will source its raw materials from local waste management facilities and produce relatively harmless waste products.

But the hazards of many “clean energy” sources make going off the grid sound better and better. More and more information is coming out about the environmental hazards that accompany the mining of natural gas, one of Washington’s new energy fascinations. The House Oversight and Government Reform Committee released a report on natural gas late last week, and Kate Sheppard reports at Mother Jones that Halliburton, a major player in this industry, admitted to using 807,000 gallons of diesel-based chemicals in the extraction process, which involves pumping large amounts of water deep into the ground.

“Even though the natural gas industry is exempt from the Safe Drinking Water Act, it’s still required to limit the amount of diesel used in fracturing, under a December 2003 agreement with the Environmental Protection Agency,” Sheppard writes. “Halliburton and BJ Services appear to have violated the agreement, according to yesterday’s disclosure.”

That doesn’t inspire confidence in these companies’ assurances that their techniques will not contaminate water sources.

Nuclear power sounds better than ever to the government, investors, and even some environmentalists. If you need a rundown of the issues involved in nuclear energy production, Grist’s Umbra Fisk has answers to questions like “is nuclear really better than coal?”

One of the strongest objections to nuclear power, however, is the financial risk of investing in nuclear infrastructure. “Nuclear power offers all the fiscal risks of a “too big to fail” bank, with the added risk of being too dangerous to fail as well,” writes Sam McPheeters for The American Prospect.

“And although current nuclear defenders love to crow about the free market…the industry operates with an exponential financial handicap over all other energy technologies, gas and coal included,” McPheeters explains. “Factor in overruns, plant cancellations, and chronic mismanagement, and the only genuine advantage nuclear holds over renewable energy sources is that its infrastructure currently exists.”

Maybe it’s time to invest in solar panels after all.

Sarah Laskow writes about the environment in the Weekly Mulch for The Media Consortium blog. Sarah is a freelance writer living in New York City. As a staff writer for the Center for Public Integrity,... More by Sarah Laskow